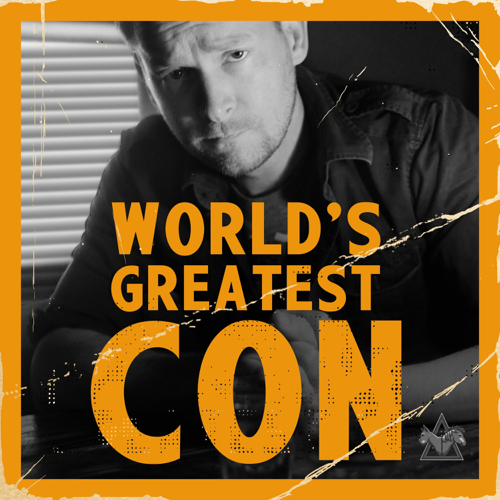 Brian is in the booth recording Season Three of World's Greatest Con but in the meantime, Dog and Pony Show Audio has a new series for you: Don't Explain.

Every time you go to the theater, you're experience an onslaught of movie tropes. Every romantic comedy has the down-on-her-luck best friend. Every action movie has the badass one-liners. Every Oscar-bait drama has that tear-jerker ending.

But where do those tropes come from? How do audiences become so aware of Hollywood's bag of tricks, parody movies can become a massive genre on their own?

This series explores the birth, death, and rebirth of one of the most successful cinematic genres ever: the rockstar biopic. In this episode, we start from the beginning, focusing on the earliest established tropes of the genre.

Lady Sings the Blues, The Buddy Holly Story, and 8 Mile.

The first episode is available now in this feed and the reminder of the season is ready to binge on the Don't Explain feed on all podcast platforms.

Brian Brushwood brings you an update on the work of World's Greatest Con season three.

We?re sharing a bonus episode from our friends at Revisionist History, Malcolm Gladwell?s podcast about things misunderstood and overlooked. This season, Malcolm?s obsessed with experiments ? natural experiments, scientific experiments, thought experiments. In this preview, you?ll learn about a mysterious and disfiguring disease plagued parts of the world. No one could find a remedy, until a doctor in Ohio conducted a controversial experiment and finally found a cure ?with an everyday condiment. You can hear more of Revisionist History at:

Brian chats with John Madden about his new film Operation Mincemeat available on Netflix in America now. The film is adapted from the same book we used for the bulk of our research in Season One.

From Cautionary Tales: Fairies or Fakes?

Here?s a special preview of the Cautionary Tales podcast from Pushkin Industries. On Cautionary Tales, bestselling author Tim Harford shares stories of human error, natural disasters, and tragic catastrophes from history that contain valuable lessons for today. In this preview, you?ll hear about two young girls who faked an image of fairies so compelling that expert photographers could not explain it and esteemed figures like Sir Arthur Conan Doyle were left believing in the existence of tiny nymphs. Hear the full story, and more from Cautionary Tales, at https://podcasts.pushkin.fm/ctcon.

Brian is joined by WGC co-creator Justin Robert Young to answer your questions from this season.

Only one man has guessed the exact amount on the Price Is Right's Final Showcase Showdown in the modern history of the show.

He says he came up with the number by himself. Not so, says another super fan in the audience who says he fed him the answer. But wait, people backstage believe a bitter ex-producer has something to do with it.

Who is lying? We find out using all of their own stories in their own words.

A wanted con decides to fund his escape from the law on the television game show Super Password. He plays fairly. He wins. All hell breaks loose.

0203: Charles Ingram and the Who Wants To Be A Millionaire scandal

A ranking member of the military finds himself in the center of pop culture, the hot seat on Who Wants To Be A Millionaire in 2001. After an embarrassing first day, he goes on an unlikely run to riches. A turnaround so unlikely he is accused of cheating with quite possibly the dumbest plan in deception history.

The largest single-day haul in game show history. An Ohio conman exploits Press Your Luck so cleanly they're forced to admit it and hand him the cash. That's only the beginning of his strange, sad story.

A producer decides to juice his quiz show by feeding answers to contestants. The attention makes them rich and famous but the revelation of the scheme extracts a terrible societal cost from everyone who took the bargain.

0104: The Moment Of Surrender - Every con has a moment of surrender, when you've done all the work and now the mark needs to fool themselves. Our heroes haves surrendered, will Hitler do his part and fall for the what is quite possibly the world's greatest con?

0103: In The Flesh - The Twenty Committee wrote a story that could fool Hitler. Now they just need to make it real. Brian explores the disgusting gulf between the fantasy of a fake solider and the reality of a discarded corpse.

0102: When Is The Perfect Story Too Perfect?

0102: When is the perfect story too perfect? - The Twenty Committee have the go ahead to fool Hitler with the most audacious Trojan Horse in history. Can they help themselves from over writing it into a bad soap opera?

0101: How To Fool Hitler - The Allies have an audacious plan to win WW2. Drop a body with misinformation to hoax Hitler into believing they'll attack the wrong place. The only problem? They have to approve it first.

Feature Trailer - Brian Brushwood is on a quest to find the World's Greatest Con.