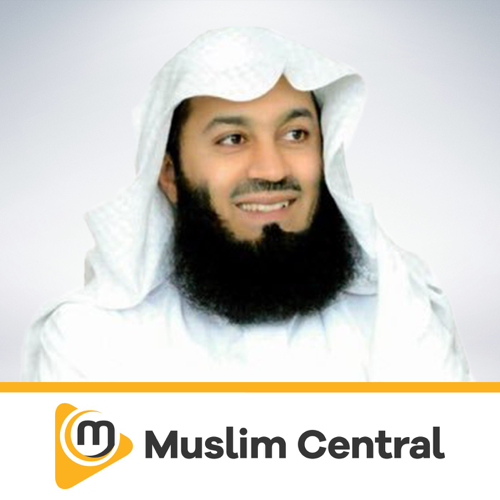 Dr Mufti Ismail Menk is a leading global Islamic scholar born and raised in Zimbabwe. He studied Shariah in Madinah and holds a Doctorate of Social Guidance from Aldersgate University. Mufti Menk’s work has gained worldwide recognition and he has been named one of “The Top 500 Most Influential Muslims in the World” since 2010. He has millions of followers across his social media platforms. Mufti Menk’s personable style and down to earth approach has made him one of the most sought after scholars in our time. He has endeared himself to people with his much loved lecture series, a Mufti Menk hallmark. He travels the world spreading a simple but profound message: “Do good, help others while preparing for the Hereafter”. He is active in the international arena and is a strong proponent of peace and justice, speaking up against all forms of terrorism.

The Most Powerful Advice Ever Given!

How to Give Up Bad Habits

Get back to 'The Best Places on Earth'!

How to Heal your Broken Heart

When a Scholar Insults Another

Did you just suffer a Loss?

Without a Life Vest You Won't Survive!

Here's what I said at my own daughters Wedding

How to thank Allah

Advice upon the Nikah of Abdullah Zaheed via Zoom

Do This as a Couple! Muslim Marriage Matters

WARNING to those who HARM others

What Did They Have? Eid al-Adha Message

Dhul Hijjah Best 10 Days - The Days of Eating and Drinking

Today is the Big Day! The Day of Arafah - Its Virtues & History

Do you know the Powerful words the Prophet ? said on this Day! Arafah

What is Eid ul Adha and why do Muslims Sacrifice?

The Best 10 Days - Dhul Hijjah - Don't be Oblivious of Allah

Why Destroy Your Own Country? The South African Shock

Is It Coming Home?

No Fear, No Sadness!

Will you be able to watch your Tiktok - Insta videos in front of Allah?

Don't be a conspiracy theorist!

Friday Boost - Focus on the right things for success

A Great Loss - The Death of a Scholar

What hit to you was never meant to miss you! Fact!

The deeds that will not be cut when you die

Qur'an from a Mobile or Book? Which is better?

The Capacity of the Brain

Recipe for a Good Marriage

Are you Crazy, Lazy and Impatient?

The Sheikh with the Mercedes